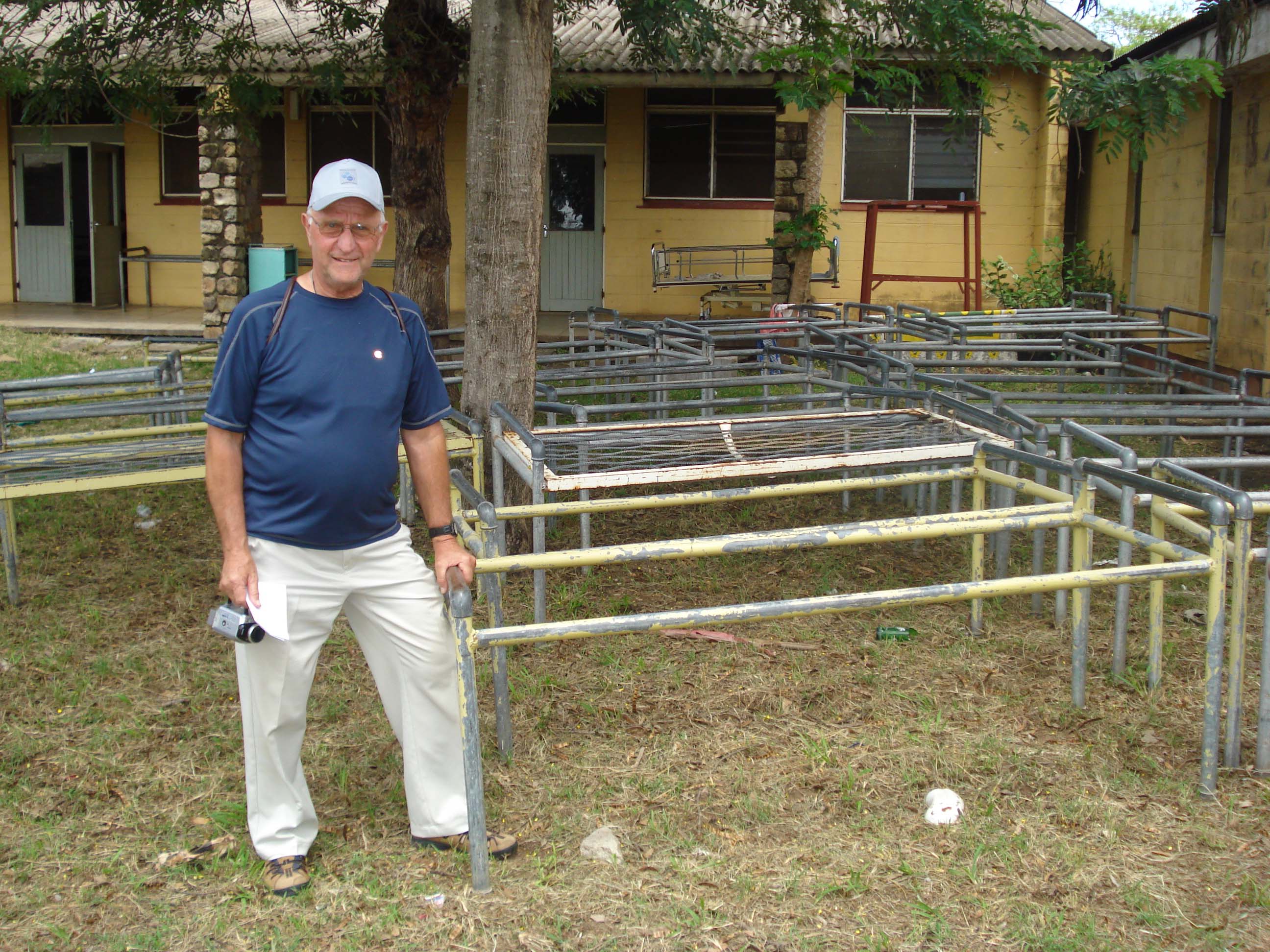 In 1953, Christian G. Peifer made his first mission trip to Tanzania. While working at a missionary hospital, he was introduced to welding and helped build hospital beds. After returning home, he applied his new welding skills at a company that made wrought iron railing. 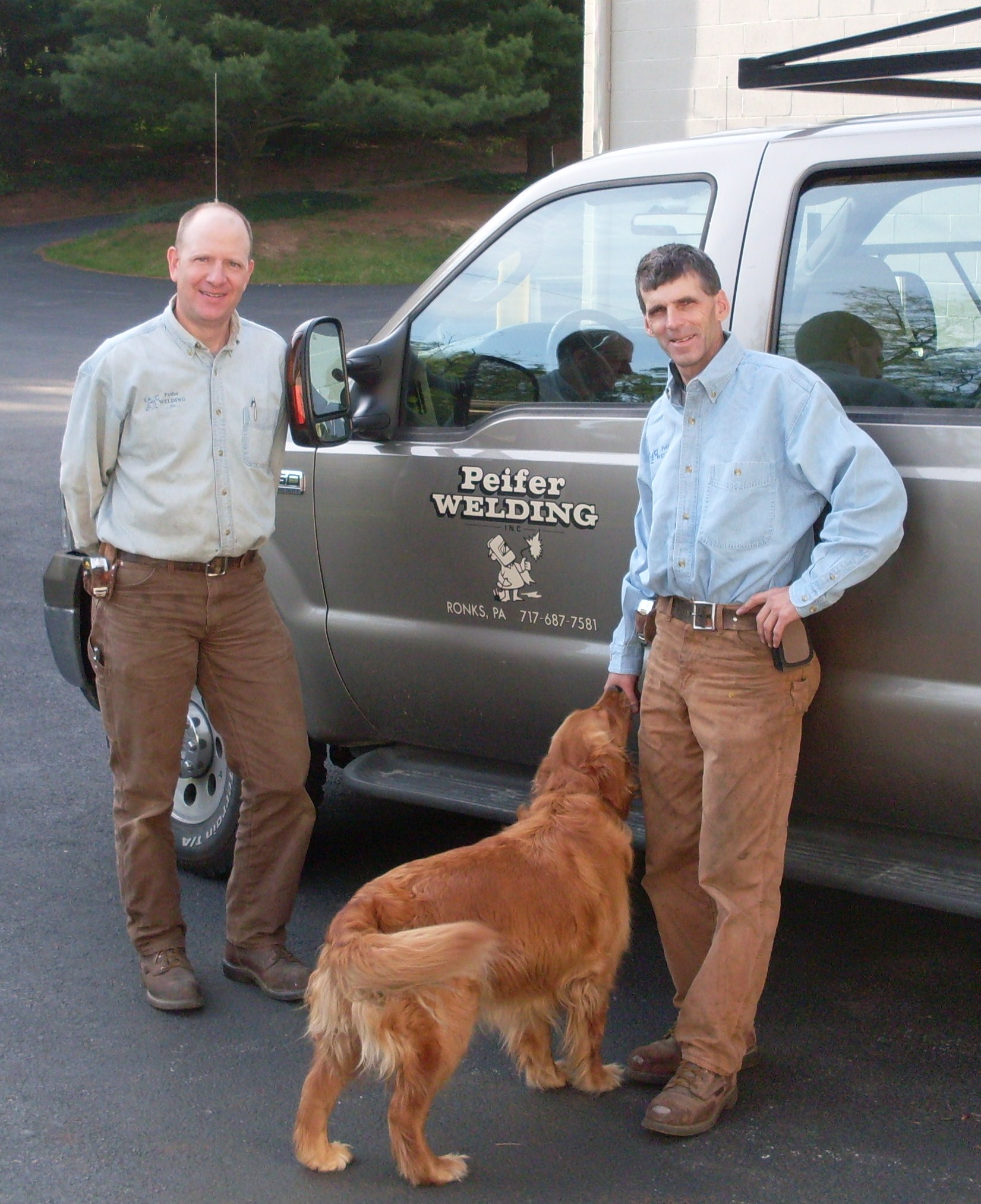 Today, Peifer Welding, Inc. is operated by the founder’s son Craig Peifer, and son-in-law James Keener. In 2009, Peifer and Keener expanded their business offering to include waterjet cutting and launched Peifer Waterjet Cutting. Both companies, Peifer Welding, Inc. and Peifer Waterjet Cutting are committed to customer satisfaction by providing quality work at a competitive price and with the utmost integrity.(top left photo) In 2009, Christian Peifer visited Tanzania with his family. Here is shown outside the hospital with the beds he helped weld over 50 years ago. The beds had recently been replaced by newly donated ones.(bottom left photo) President, Craig Peifer (left), and Vice President, Jim Keener, pose outside their Ronks, PA shop.